By the age of 14, girls drop out of sports twice as often as boys and Donegal Youth Council are here to challenge that.  Over the past few months the 33 young people who make up the youth council developed a Sports Recognition for Girls Roadshow.  It was launched officially at the Aura Leisure centre at the end of April, and was met with great enthusiasm throughout the county as it toured in May reaching over 400 girls. 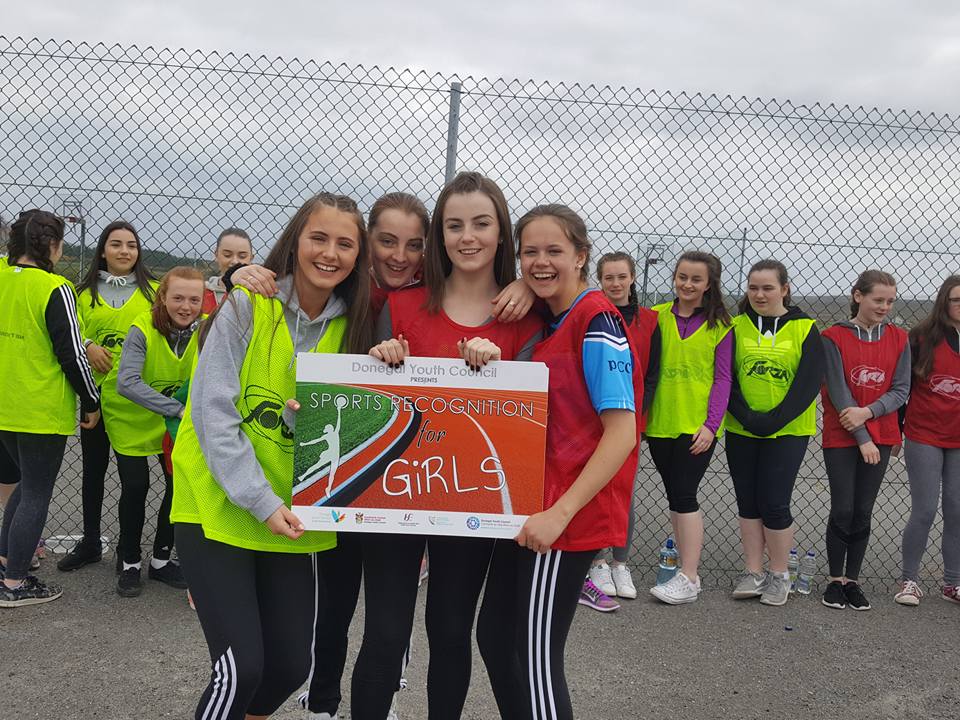 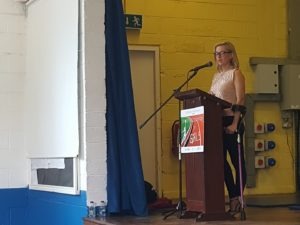 Nikki Bradley sharing her inspirational story with the girls

The roadshow travelled to the Finn Valley Centre, Pobalscoil Ghaoth Dobhair, St Catherine’s Vocational School Killybegs and Scoil Mhuire Buncrana and there was similar feedback from everywhere, with the only complaint being that it “wasn’t long enough!”.

Preliminary results from the research conducted at the roadshows are already showing interesting emerging trends from the schools.  The majority of participants enjoyed sports and responded overwhelmingly that they would like to see several of the day’s sports in their schools as part of their regular fitness education.  With volleyball and martial arts/self defence coming out on top.

When asked why they think girls participate less in sports than boys many respondents felt that girls aren’t praised, supported or encourage 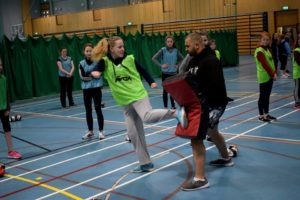 d enough when it comes to sports.  Many also felt that girls simply are not good enough, and that sports are more masculine.  There was some positive feedback from participants who described having good support and opportunities to take part in sports but there were also many who described having no access to teams or clubs.

This is not just a local issue, but these findings are a reflection of a global issue of girls’ participation in sports.  There is a lot of great work and positive attitutes towards women in sports in Donegal, but it is clear from this research that many girls may still need extra support to overcome other barriers that are preventing them from taking part in sports.  A full report on the results of the project will be released in the coming months. 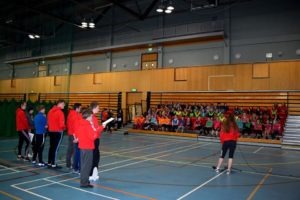 Reflecting on the success of their recent roadshows Carlyn Maguire, Donegal Youth Council Coordinator shared how “This work will now continue, and will it Carlyn?  I don’t know we need to fix this quote.”

The importance of girls taking part in sport must not be underestimated. Taking part in sports is great for both physical and mental health, as well as team and confidence building. There is a sport out there for everyone, so don’t give up if you don’t like the first one you try.

Sports recognition for girls was voted as a key priority for the 8th Donegal Youth Council at the Agenda Day back in September 2016 by boys and girls from all over the county.   The aim of the roadshow was to promote more female participation in sports, so that they are more likely to continue playing throughout their lives.  It also aims to create a more inclusive environment for girls and for female participation in sports to receive adequate recognition in comparison to their male counterparts. 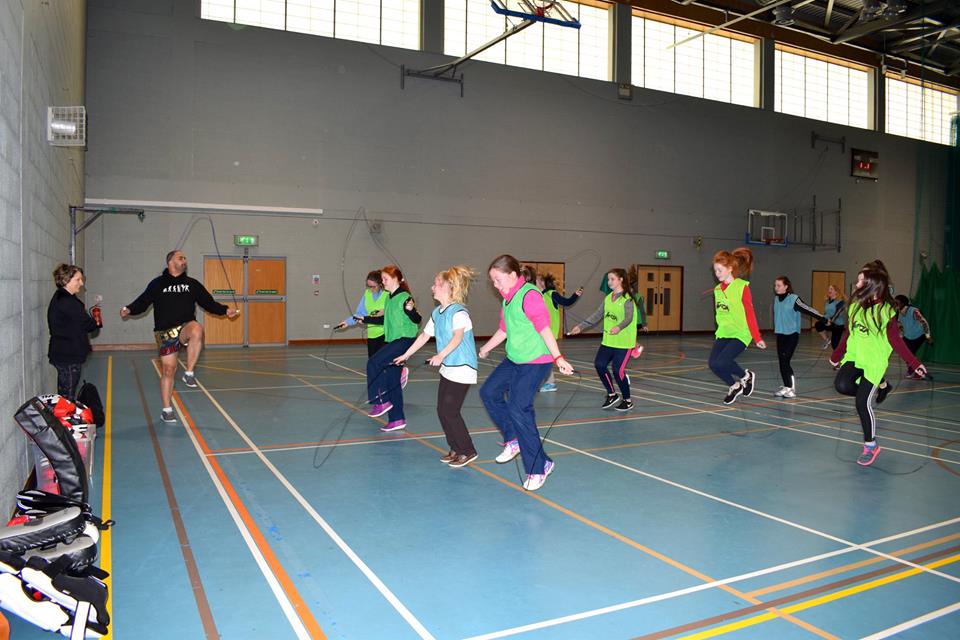 Donegal Youth Council is funded by Donegal County Council, HSE Health Promotion and the Department of Children & Youth Affairs and is co-ordinated at local level by the Donegal Youth Service. For more information you can contact Donegal Youth Council Co-ordinator Carlyn Maguire on 074 91 29630 or email youthcouncil@donegalyouthservice.ie